[Guide] How to Tame a Fel Wolf for WoW Gold Hunters

Did you know that even though Felbound wolves are classed as aberrations (and not beasts), there is a special way to make them tameable? For today’s article, we’ll walk you through the taming process—however doing so will require the use of your full hunter toolkit, as well as everything you’ve got. So, are you up for the challenge, Wow gold hunters? Find out more in the article below!

As mentioned above, Felbound wolves throughout Warlords of Draenor are classed as aberrations, so usually, they aren’t really available for taming, but there is a special way to temporarily make a Felbound Wolf tameable. The Felbound wolf is essentially the same model and has the same visual effect as Gara, only that it’s green instead of purple. As it is a part of the wolf family instead of spirit beasts, WoW gold hunters can surely enjoy having it as part of their ‘pet collection’. Given that they’re willing to face off a Level 100 Elite, that is. 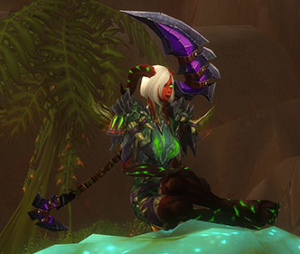 This is the most difficult task you have to do before you get to tame a Felbound wolf of your own, and incidentally, it’s the first step! Head on to the southern coast of Tanaan Jungle, directly south of Fang’rila, but make sure that you’re ready and well-equipped with high-tiered items when you buy WoW gold. You should also have the Spirit Bond talent so you have constant healing (Lone Wolf wouldn’t be ideal here), and choose a pet that grants you the buff most suited to your spec. You will have to face off against Fel Rangari Anaara, a class-specific Elite, for an item she drops. Anaara is a Level 100 Elite NP with a massive (and by massive, we mean millions) amount of hit points, and she has many abilities that specifically counter hunters. Tough luck, but not impossible.

How to Defeat Anaara for WoW Gold Hunters

The key to defeating Anaara is avoiding damage and dispelling / interrupting most of her abilities.

Anaara’s ranged attacks hurt less compared to her melee attacks, so it’s recommended that you keep her at range and fire at her with abilities such as Concussive Shot, Ice Trap, and Binding Shot. Her ability, BLESSING OF FALLEN KINGS, is a 200% damage amp that also halves her damage taken, but you can, and you must, dispel this with Tranquilizing Shot. FEL BLOSSOM is her primary attack; it’s a ground AoE, so you should not stop moving throughout the duration of the fight, and always keep dodging to minimize the damage you take. SOOTHE PET casts a CC on your pet for about a minute, putting them to sleep. You can use Master’s Call or Bestial Wrath to wake your pet immediately. She also has IMPROVED STEALTH which makes her invisible, so make sure to cast Flare to reveal her. Lastly, she has a full heal through TAINTED LIGHT, which you can otherwise interrupt with Counter Shot if you don’t want the entire encounter to reset. Of course you wouldn’t want that, would you?

If it’s too difficult for you to do alone, you can do this with a group, though you’ll need to kill her multiple times to get everyone a Vial of Fel Cleansing because she only drops one per kill. The Vial of Fel Cleansing is essential to taming a Felbound wolf since it ‘cleanses’ it for it to turn from an aberration into a beast. The good thing about this is you can farm and loot cheap WoW gold at the same time as you repeat the process, so it’s kind of a win-win. 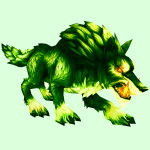 Congratulations! Following Anaara’s defeat, you can now go to the Temple of Sha’naar in the southwestern part of the Tanaan Jungle to look for some Felbound Wolves. The place should be packing with Felbound wolves at this point. Simply get the attention of one Felbound wolf, and then use the Vial of Fel Cleansing with it. It will stop attacking you and it will make it tameable for a minute. As long as no one griefs you, this should pose no challenge.